Abstract : ?Esautomotion is an Italy-based modern industrial company rooted in the world-wide market of the numeric control.

Esautomotion is an Italy-based modern industrial company rooted in the world-wide market of the numeric control. The company's doubled turnover in China in 2018 allowed it to acquire one of its biggest customers: a Shenzhen Stock Exchange-listed Chinese enterprise engaged in special industrial machinery (presses, lasers and notching machines).

"At the moment, we would rather keep from revealing the name, because our Chinese client intends to announce our partnership during one of their conventions and benefit from the surprise effect," Franco Fontana, president and major shareholder (39 percent) of Esautomotion as well as the co-founder of the company with the current CEO Gianni Senzolo (holding 30 percent share), told Milano Finanza.

The Chinese giant has produced 2,000 machines, including 1,200 presses, 400 lasers, and 200 notching machines. It has exported 30 percent of its production abroad, pursuing some important growth goals in China and in the world.

The Italian company achieved 18 million euros of turnover in 2018. Its new client from China will certainly overturn the company's business figure on the Chinese market, where it gathered just about three million euros in 2018. The one-million worth Esautomotion machinery that the Chinese group will be purchasing during the next 12 months comes as a replacement of its Italian suppliers with historical ones -- one European and one Chinese. Now, following a long testing period, the agreement is already up and running.

"Esautomotion has been courting this important client since 8 years ago, when it arrived on the Chinese market. Back then, we started from the first few manufacturers intending to develop an export business toward the west. Esautomotion started to sell, and thus to acquire clients, thanks to some of its most sophisticated machines," said Senzolo.

"We kept meeting Chinese clients, strong of the belief they would eventually start increasing their export rates as well as their technology level. We believe in the quality of our automation solutions, and rely on the references we can get from international clients as well as on our placing in the global competition. During the Euroblech Fair held in Germany in October of last year, first a technical delegation and then the company's president approached us and said: now the time has come for us to work together," added Senzolo.

As for Italy, Esautomotion provides its systems to some leading players in their respective sectors, including SCM for woodwork machinery, and Prima for lasers.

The group is investing a lot in the U.S. and in emerging economies like Turkey, and it has already acquired a relevant market share in India and the Republic of Korea.

"Yet, the only place to win the machine-tool competition is China," said Fontana, who knows the market very well after working for a long time as the dealer for MTG, one of the Chinese machine-tool giants.

Fontana realized that machine-tool production, an industry used to be dominated by the European players, was moving toward the Asian markets, in particular to China. So, when he founded his company, he acted accordingly and set up a production base in China.

"We expect to keep growing during 2019, even in the face of some indicators of global recession," added Senzolo.

"Innovation, growth, international development, new application areas, and product line expansion: these are our group's guidelines. We intend to strengthen Esautomotion's leadership in our reference markets," said Senzolo, adding that the profitability on performed investments maintains above 50 percent each year, making the company one of the enterprises with the highest return on equity. 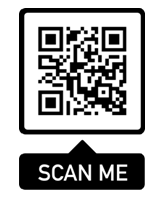 Buy a single article, unlock more content
Scan the QR code and push it to your mobile phone

You've accessed an article available only to subscribers
Login
Registration

6.
China pledges RMB1.8trln investment in roads and waterways this year

Priority areas of cooperation under Belt and Road Initiative

Do you want to be a contributor to Xinhua Silk Road and tell us your Belt & Road story? Send your articles to [email protected] and share your stories with more people.

?Esautomotion is an Italy-based modern industrial company rooted in the world-wide market of the numeric control.

CHECKOUT CHECKOUT
Ask Us A Question

If you have any questions, please enter them in the box below.

Do you want to be a contributor to Xinhua Silk Road and tell us your Belt & Road story? Send your articles to [email protected] and share your stories with more people.